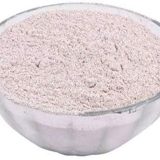 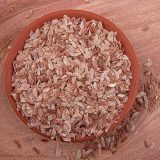 THAAIMAN ORGANIC STORE
0 out of 5

Red corn is a type of sweet corn.The cobs of Red corn are typically leaner than yellow or white and kernels and less plump in size, though this is not a reflection of the Red corn’s sweetness. Red corn is exceptionally sweet and nutty in flavor and that flavor is brought out by cooking.
Current Facts
Red corn, also known as Red posole, is a member of the grass family Gramineae. Corn, known outside of English language as simply maize, is technically classified as a grain crop, though when harvested immature is considered a vegetable. Its stalks produce a cob of seeds, which are better known as the kernels, though by botanical definition they are the individual fruits of the plant. Red corn is just one cultivars among thousands of corn varieties, heirloom, hybrid or genetically modified. Some names of Red corn varieties include Bloody Butcher, Broom Corn, Strawberry Popcorn, and Ruby Queen. The red color in Red corn is created by the plant pigment, anthocyanin. The red gene is recessive, thus a high percentage of red kernels must be planted to maintain the color variation.

Nutritional Value
Red corn provides twenty percent more protein than white corn or yellow corn. Anthocyanin, the pigment that creates the red color in this corn, are antioxidant flavonoids that protect many body systems. Besides chlorophyll, anthocyanins are probably the most important group of visible plant pigments. Anthocyanins have anti-inflammatory properties, have been linked to reversing nervous system damage and can also reverse affects of diabetes. Red corn contains 350% more antioxidants than common white or yellow corn.

Applications
Red corn can be used in place of white and yellow sweet corn, though it does mature more quickly and can have a tendency to contain more starch than yellow and white varieties. Harvested immature and used soon thereafter, Red corn can be hulled fresh for salads and soups. It can be grilled, roasted, blanched, pureed and steamed. Red corn pairs well with tomatoes, basil cilantro, shellfish, pork, shelling beans, cream, nutty cheeses, chiles, cumin, summer squashes and citrus. It can be ground into flour for corn breads, flat bread, pancakes, tortillas and it is traditionally used in stews and hominy.